I would like to share with you our story about Adam Burley, our 12-year-old son and brother, and his battle with epilepsy.
Adam was eight months old when he had his first seizure. He developed well until the age of five and a change in medication saw uncontrolled seizures for two years. We spent the next three years in hospital with drop seizures, causing injury to his head and face, and every two weeks he could experience up to 16 seizures in one night.
We had no answers from any of the doctors until Epilepsy Queensland was contacted and a diagnosis came from a Support Officer who was appointed to us during this difficult time.
Adam was finally diagnosed with Dravet Syndrome, a rare and debilitating form of epilepsy, at the age of seven. There is no cure and he can have seizures every day or week even now. Adam attends a special school and at 12 years of age, he functions close to the level of a three-year-old child. He requires 24 hour care.
There have been quite a few challenges thrown our way, including him not eating for over three years as a result of two drugs which have caused anorexia-like symptoms. Adam is peg-fed through the stomach to keep him alive. He can eat, but refuses to, as the drugs made him feel constantly sick. Each day with our boy is a blessing as his condition is very debilitating and life-threatening. Epilepsy can affect so many Australians every day, and some suffer in silence.
I’d like to share Adam’s story for awareness and in hope there will one day be a cure for him and for the thousands of children coping every day with this condition.
Warm regards,
Rozanne, Tony, Daniel, Michael and Adam Burley

This Saturday at Memorial Park, Bulimba, SOUTHSIDE EAGLES presents the Charity Day for Epilepsy Queensland with a host of fun for all the family, highlighted by the big Capital One clash between Southside Eagles and Mitchelton, kicking off at 6:30pm.
This special event will feature:
– Guest appearances from Brisbane Roar players from 5:30pm – 6:30pm.
– Brisbane Roar inflatable football fields for all the kids from 4:30pm – 6:15pm.
– Fantastic raffle with great prizes… 1st prize = Autographed Roar jersey and ball, 2nd Prize: Basket of goodies, 3rd Prize: Soccer World voucher.
Come along and show your support for a great cause as well as enjoy a feast of high quality football all afternoon with games from 2:30pm. Bring your Roar gear and get some autographs from the stars of the A-League.
Where: Southside Eagles Football Club, Memorial Park, Bulimba.
When: Saturday 22nd June 2013. 2:30pm – 8:30pm. 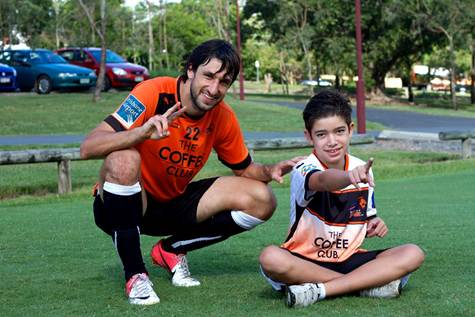